She suggested “fatties get a room” 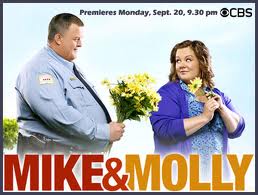 Have you heard about the huge controversy freelance writer Maura Kelly created when she wrote a post for Marie Claire Magazine’s online blog? It’s titled, Should “fatties” get a room?

In it, she shares her disgust over watching the characters in the CBS comedy “Mike and Molly” kiss.  Holy cow!  The you-know-what has hit the fan!  As I write this, there are already 1900 comments on the blog and that number is rapidly climbing. (How did Marie Claire let this run? No editors on staff?)

The New York Daily News just published an article about the reaction to the blog post.  Here’s an excerpt…
“Many commenters said they were stunned that Marie Claire, a women’s magazine with a history of empathy for women’s issues, including body image, would publish such a tone-deaf piece. Many wrote that they would be cancelling their subscriptions and would tell their friends to do the same.”

“What do you guys think? Fat people making out on TV — are you cool with it? Do you think I’m being an insensitive jerk?”

An insensitive jerk, yes. A rude, ignorant person, a size-ist…need I say more?

OK. This just in. Kelly has posted an apology on the blog.

“UPDATE: I would really like to apologize for the insensitive things I’ve said in this post. Believe it or not, I never wanted anyone to feel bullied or ashamed after reading this, and I sorely regret that it upset people so much. A lot of what I said was unnecessary. It wasn’t productive, either.” Read the entire apology here…

Could this explain away her bad behavior? She writes…

“…(and on a more personal level), a few commenters and one of my friends mentioned that my extreme reaction might have grown out of my own body issues, my history as an anorexic, and my life-long obsession with being thin. As I mentioned in the ongoing dialogue we’ve been carrying on in the comments section, I think that’s an accurate insight.”

I’m sorry she struggled with an eating disorder. I can empathize. Likely, we’re seeing her eating disporder at play here. Still, for me, the apology rings hollow. I still find myself wondering whether she truly feels badly or if she wrote this on threat of losing her gig. Hmmmm, her blog post about Mike and Molly certainly got her a lot of attention…scary part for me is that she expressed what a lot of ignorant people don’t say but still feel about fat people .

What do you think? Did her rant stir up some feelings in you?

website builder As the holidays approach, we think of celebrations with family and friends, and of food! Whether it is turkey and stuffing, pumpkin pies,

Ashley Judd Criticised for “Puffy” Face and Being a Size 6/8. Really?

website builder One of the women I coach, a woman of great accomplishment, recently told me, “I feel like a failure as a woman because I

She found a gift in her freezer

website builder Sometimes, someone shares a story with me during a session and the details stick in my head all day. This was one of

When Did Food Become So Scary?