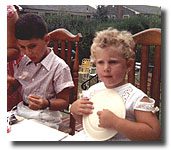 Many of my earliest memories are of sneaking food from the kitchen bread drawer. I’d take as many cookies and pieces of bread as I could hide in my hand or pocket and then would rearrange stuff in the packages, hoping no one would notice. They noticed!

My mother was restricting my food by the time I was five. So, of course I snuck food even more. She had our pediatrician put me on diet pills by age eight. She, too, was a binge eater, as was my Dad. (Secret overeating in my house was not really a secret. I learned from the best.)

My childhood was full of chaos. Neither parent had a clue about how to manage or model healthy expression of feelings. When my Mom would rage, my Dad would leave. Dad left the marriage for good when I was 14.

How could I be hyper vigilante and successful in other areas of my life but not fix this painful problem of ever-present body shame, fad diets, Weight Watchers, more diet pills, gym memberships I never used…and sometimes depression.

Through college and my early career days as a broadcast journalist, I was either restricting or bingeing, working long hours and then hitting fast food drive-throughs on the way home. Food filled my evenings and days off. Who wouldn’t find living like that depressing?

This problem was all consuming

All my life, I, and everyone else, had simply judged my dysfunctional relationship with food as “a lack of willpower”. Over and over, I was told to “go on a diet and exercise more”.

But this always felt bigger to me than anything a diet could fix. I remember just desperately wanting to feel comfortable in my own skin. But stringing together days without bingeing, felt intolerable…impossible.

As a rookie reporter, desperate to find answers and relief for myself, I produced my first of three documentaries on this subject. That gave me access to some of the top experts in the field. I called the first documentary, “Slender Hopes”, a title that certainly fit my feelings at the time! I called my second documentary, “The Consuming Secret”.

It was that second project that led me to a therapist who suggested I had an eating disorder, not a “weight problem”. Really? How could that be? I certainly was not anorexic and I wasn’t bulimic. I used food to avoid my emotions and I often felt out of control with food, but I didn’t vomit, or use laxatives, or compulsively exercise.

That was many years before my eating disorder had a name of its own; Binge Eating Disorder.

Today, I understand that the origin of my problem was complex, rooted in genetics, biology and neurobiology, neuroscience, my environment, social influences, insecure childhood attachment issues and the emotional habits I developed to help me feel emotionally safe in an emotionally turbulent home. Many factors contributed to the development of my Binge Eating Disorder, as is the case for everyone else who develops an eating disorder.

Whatever the cause, my most important revelation was this

My constant focus on food, and weight, and obsessing about the structure of my next diet had become my way to distract from all emotional discomfort. When I didn’t want to do homework, or meet a deadline at work, or clean up my cluttered house, I’d eat. When I was stressed, anxious, sad, lonely, angry, or bored, I’d start thinking about food and eat…and then the food was all I was focused on.

Mindless eating made all of my emotional discomfort disappear, at least for a little while. Then, after every emotional or binge eating episode the guilt would set in, over and over and over…and then I’d eat again, to stuff the guilt and shame.

Today, I understand that my overeating was the only way I knew to emotionally regulate. I had a “gap in my learning”. I had developed unhealthy emotional habits to help me cope when I didn’t have any other tools, emotional management skills, or healthier emotional habits to turn to.

Armed with this understanding, I began to seek out the help I really needed to fill in those gaps and my life started to improve, significantly. 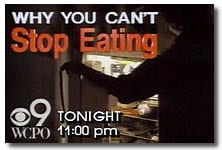 Then, “The Oprah Winfrey Show” changed everything!

In 1992 I was a special projects reporter at WCPO-TV, a network affiliate in Cincinnati, Ohio. One day, as I was looking for story ideas, I happened upon a New York Times article about the newly named, “Binge Eating Disorder”. That was the very first time I saw those three words in writing, along with the proposed diagnostic description.

This was it! This very real problem was finally getting much needed recognition in the medical and mental health communities. I wanted everyone to know that this was a legitimate eating disorder, not “a willpower problem”. In a weird way, I was excited to know that BED is the most common eating disorder of all the eating disorders. So, I produced a series of news reports on the subject.

While I was working on, “Why You Can’t Stop Eating”, I happened to have a conversation with a former colleague of mine who was now working for “The Oprah Winfrey Show”. I mentioned what I was working on and she mentioned that Oprah was planning a show on the same subject. It would be the very first time Oprah would speak, ever, about her own challenges with emotional eating. Since my station was an “Oprah station”, and since local news departments are always looking for cross promotion opportunities for sweeps months, my bosses decided to air my project the same week as that Oprah show. 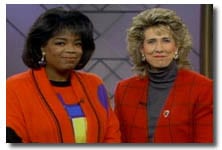 Here’s how that happened…a few weeks before my series was to air in Cincinnati, I got a call from my former colleague. She knew my personal history. She said, “Oprah is trying out a new format called, ‘A Conversation with Oprah’. There won’t be any audience she said…just Oprah and several carefully chosen women talking about their relationship with food. Would you like to be one of the women?”

“You’re kidding”, I said. My heart was racing. Then, she asked, “Would you be willing to talk to the show’s producer?” About thirty seconds later the producer called and passionately expressed how important she felt it was to “get this subject out of the shadows”. I had said almost the exact same words to the people whom I had convinced to appear on camera in my project. So, after some consideration, I said yes. 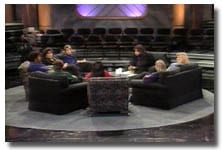 At Oprah’s Harpo studio in Chicago, we sat down and talked for three hours about the struggles we’ve had with food and weight. We joked about the fact that seven out of the eight of us had chosen to wear black pants to the taping, hoping we would look slimmer. We all chuckled as Oprah, also in black pants, pointed out that it didn’t matter because “the camera would add 10 lbs.”.

Three hours would be edited down to an hour-long show. Then, Oprah would have us all back the following week for a Pt. Two on the subject.

As the taping began, we were amazed at the immediate comfort we felt with each other and Oprah. We knew we were in a room full of women who “got it”, who understood the pain. Even with television cameras on hydraulic lifts swirling around our circle, the experience was surprisingly intimate. Conversation about shared pain flowed easily. So much so that, at about 5 minutes in, the director in the booth stopped the taping and kindly requested that we all slow down a bit. We were all so animated, so excited to feel understood, including Oprah, that we were not letting anyone finish a sentence before someone else jumped in with agreement. That created a potential editing nightmare for the producer in post-production. At the end of the taping, we marveled at how similar our experiences were and how reassuring it was to know we were not alone in the struggle.

It has been called “The Oprah Effect”. It’s the remarkable things that can happen to a person after appearing with Oprah Winfrey!

The phone calls and letters I received from viewers immediately following the airing of the two Oprah Shows. and my news series, were incredible …in both quantity and content! Frankly, I didn’t know what to do with all the people who contacted me. They were looking for help, information about how to get well.

So, I started doing more research and began offering free seminars on Binge Eating Disorder at a local hospital. But information about binge eating just wasn’t enough. These people who were struggling wanted to know how to actually change the patterns that were keeping them stuck. They wanted practical help. So, next, I sought out clinicians who were interested in designing treatment options.

Before I knew it, I was learning everything I needed to know about running a Binge Eating Disorder Treatment Program

Six month’s after the Oprah Show, Acoria Eating Disorder Treatment began operation, offering a multi-disciplinary treatment team; psychiatrist, therapists, dietitians, exercise specialists. We were one of the first treatment centers in the US to offer a year-long outpatient treatment program specifically designed to treat emotional and binge eating. I became the researcher and principal program developer and directed the program for 12 years.

During those years, I discovered “Coaching”, both personally and professionally. My own Executive Coach, Dr. Diane Menendez, citing my program development experience and personal knowledge of what it’s like to have a binge eating disorder, strongly encouraged me to go through the life coach training program she developed for The Institute for Life Coach Training. 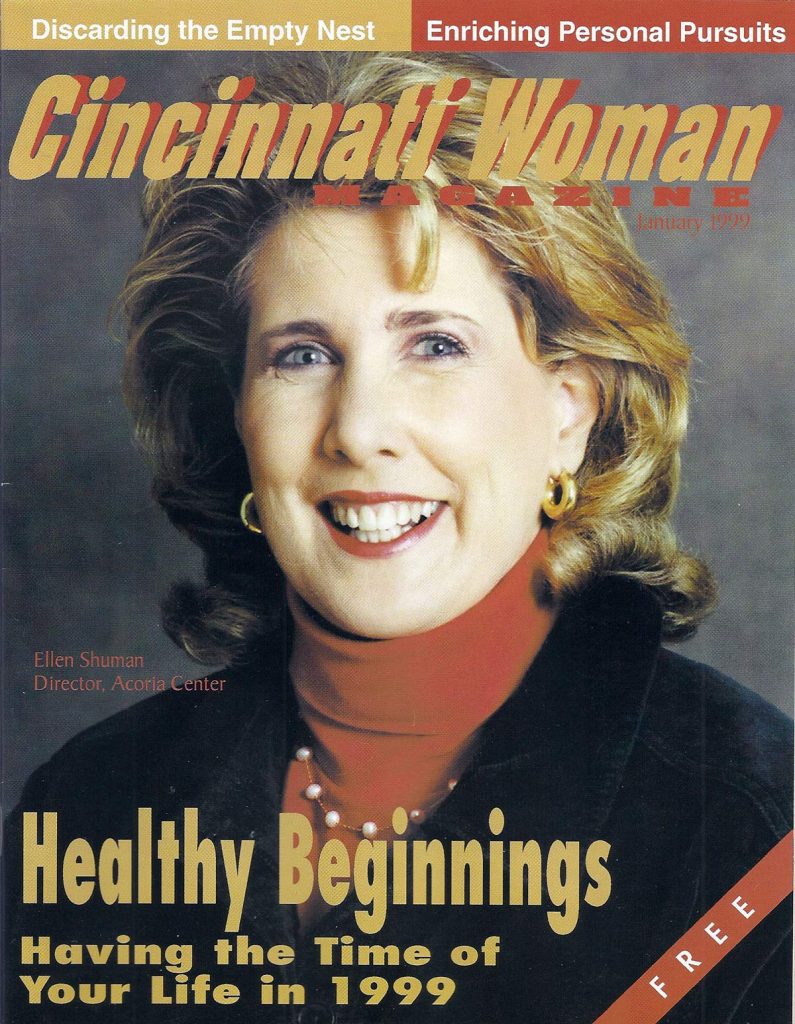 I fell in love with Coaching! It filled in all of the missing gaps

Many of the people we were treating at the center were doing well but what they most needed now were the missing emotional regulation and distress tolerance skills. Armed with both personal knowledge and the professional knowledge I’d amassed from program development at the center, I began working with coaching clients in 1997! I was hooked!

I have been coaching and loving the work ever since, full time since 2001. To date, I have coached people in the US, Canada, France, Great Britain, Germany, Finland, Australia, New Zealand, South Africa, Israel, Ireland, Trinidad and Tobago, Costa Rica, Germany. Regardless of the longitude and latitude, the pain associated with binge and emotional eating knows no boundaries. Feeling out-of-control feels bad, in any country and in any language!

Early in my own recovery work, I came across this explanation for why people turn to food compulsively.

“If I can’t feel fulfilled, at least I can feel filled full.”

Through the work I get to do, I have the privilege of partnering with people as they learn to fill their lives with renewed hope and confidence, self-care, more energy, healthier relationships, an inner calm and peace of mind.  It’s everything  I always wanted and finally achieved; COMFORT IN MY OWN SKIN!

This is the most rewarding work I have ever done! 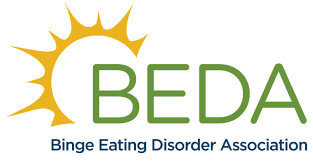 LEARN MORE ABOUT PRIVATE COACHING WITH ME