When I was visiting my Mom in her nursing home last week, I heard an older woman’s angry voice in the hallway say, “Stop pushing me”. From the arm chair where I was sitting in the corner of my Mom’s room, I glanced toward the hall, but there was no one in sight.

A minute or so passed. Then, I heard the voice again. “Stop pushing me”. A minute later, again, “Stop pushing me!”. This time, one wheelchair came into view, along the left side wall of the hallway.  The woman in the chair just sat there. She did not have her hands on the wheels, but then I saw her chair lurch forward, just a few inches. The woman said, louder this time, “STOP PUSHING ME!”

That’s when I saw the second wheelchair come into view immediately behind the first. For several minutes, I watched with amazement as the woman in the back wheelchair very deliberately and painstakingly, time after time, got close enough to maneuver her foot onto a metal bar under the first woman’s wheelchair and pushed her chair forward a few inches.

“STOP PUSHING ME! JUST GO AROUND!”

“You’re holding up the whole line. I can’t be here all day!”, said the pusher.

“I am? Who says?”, said the angry woman being pushed.

I had to laugh. There was no line; just two old women in their back-to-back wheelchairs in a 20 foot wide hallway. There was no one else in sight.

Not sure this was any of my business, I approached a nurse at the nursing station down the hall. She poked her head around the corner, saw who was involved, smiled and said, “Oh, yes, Ruth, the woman in the second wheelchair, doesn’t like to go around anyone. She’d rather push someone all the way down the hall than simply create a clear path for herself.” 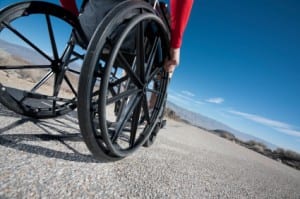 Over the years, how many times could the same have been said about me? And I don’t have dementia…

How about you…ever chosen to stay on a blocked path, or pushed someone else, rather than create a clear path for yourself?

Ellen Shuman is a Life Coach who specializes in empowering people who are working on emotional and binge eating recovery. She is the founder of A Weigh Out & Acoria Eating Disorder Treatment, President of the Binge Eating Disorder Association (BEDA), and Co-Chair of the Academy for Eating Disorders Special Interest Group on “Health at Every Size”, ellen@aweighout.com

I am extremely fortunate to have many teachers in my life: the women I work with, my partner, son, daughter, and of course, my body.

Recovery from emotional and binge eating has its ups and downs. It just goes with the territory. When I feel stuck and I find myself becoming

2012 Hanukkah celebrations are over. Christmas parties are underway… Christmas Day festivities and New Year’s party foods are still to come. Doing any emotional eating or

Love Food But Had It with Being an Emotional Eater?

Who doesn’t love food?  But have you ever had food talk or write back to you? That’s the premise behind Julie Duffy Dillon’s Podcast, “Love,

How many diet programs, diet books, fat-burning pills, and/or firming creams have you purchased over the years…and then felt lousy about having bought when the intended results failed

Tara MacGregor, a psychotherapist and dietitian in Australia, recently asked those of us on a shared listserv for some feedback on definitions of “Dieting” and